My mother allowed me apply to go to 4 a year college so I started going to cram-school my second year of high school and studied hard. Then, fortunately, I got one acceptance letter from a 4 year college.
My subject of study was human sciences – I planned to study mainly philosophy – but I changed my mind. Honestly I was not sure what I really wanted to study, but just going to a 4 year college was more important. After a big competition to get into the school, an 18 year old girl could not find her future.
It was a pity that in spite of studying hard in high school, I was not motivated to study in college at all. In Japan, what we learn in school is not important to enter companies. The most important factor is the school from which you graduate. Besides, entering is difficult but graduation exam is quite easy! For Japanese, university and college is the last chance to have freedom before hard work at the company begins. So I didn’t feel guilty to hardly study there. (Now I am ashamed of it)
I participated in one scuba diving circle at another school and traveled with them a lot. Then I met one guy there and we become a partner for 8 years until the year before last.
Who is he?

He was studying law at one of the most famous universities in Japan. Even through I didn’t have a clear idea of what I wanted to study and what I really wanted to do after graduating, he had a strong motivation to study and follow his dream. 20 years old, I was fascinated by his ambition. He wanted to be a lawyer and wipe out social ills.
It didn’t take very long to fall in love. We had a great situation, a sea of clear water and beach of white sand in a small island off the southern part of Okinawa and the shining sun and sunset in Ogasawara Island where take you for 34 hours trip by ship from Tokyo. Surprisingly our relationship continued for 8 years, but Norway broke it up.

Why Norway?
Before talking about the reason we broke up, I would like to talk about the frequent question I’ve gotten “Why Norway?” because it is also related to our separation.
While in Norway, I came to think how their quality of life is high.
Compared to my life those days, their life seemed like a utopia.
One life in Japanese company
After my graduation, I joined JTB, Japan Travel Burrow.
Since I was stimulated by my ex-boyfriend’s ambition, I made the goal: “Become the editor of a domestic guide book and spread the idea how domestic travel in Japan is nice”.
So, I wanted to appeal to Japanese local areas. You know local areas in Japan suffer from the problem of declining population and economy. I wanted to cheer them up. My classmates tended to like traveling abroad and loved shopping there. However, I believe if you know a place deeply, you become interested in it and want to visit. I thought making good guidebooks made sense.
Luckily, I was able to take part in the making guidebooks section. First I had worked as an advising sales staff for 4 years and then I got an editor position of making guidebooks. My dreams came true.
To be honest, I enjoyed making guidebooks a lot. I made Okinawa, Hokkaido, Tokyo, and Nagano guide books. I could visit all the places and had nice times there as well.
However, I didn’t have any private time at all. I had to work so hard because in Japan, we always have to pay attention to what our bosses are thinking of us. For example, we have to stay our desk until our bosses leave for the day.
I felt so much stress. Even though I did the research and looked over the areas to make a good guidebook, only my boss’s words carried any weight.
So I was exhausted physically and mentally.
At that time, I met Norway. 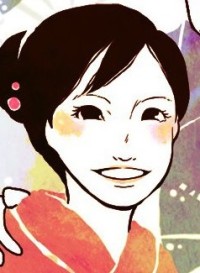 From a Kimono shop daughter’s point of view Lonely infant stage 16 years after our shop opened, I was born.So let me move on to my experiences and about what I have thought about our Read more…