One newspaper introduce my challenging

The Dailly Yomiuri intoduced Sakaeya
2006年6月18日
http://kimono-sakaeya.com/topics/topics_0626/topics_zoom.html Cultural exchang, the Kimono way by THE DAILY YOMIURI Jun. 18, 2006 one of biggest English newspaper in JapanOn a Sunday afternoon late last month, a dozen foreigners and several Japanese gathered at the kimono shop Sakaeya in Omiya Ward, Saitama. They were served Japanese snacks while they waited for the main event, which started with a shamisen performance, followed by a welcoming speech from the kimono shop owner, Keiko Ochi. The speech was given in Japanese and translated into English by her daughter, Kahori.After that, the real business of the day began. The attendees began browsing among kimono of various colors and designs until they found something they liked. Then they tried them on. However, this was not the kind of exclusive sales session where you’re not allowed to leave until you buy an expensive kimono. The participants were encouraged to wear kimono in a casual manner. So they slipped them on over T-shirts and jeans, and the Ochis helped them tie the strings and obi sashes that fasten the kimono. The participants were free to buy kimono if they liked. Many kimono were priced at less than 10,000 yen because they were secondhand. The participants discussed which colors suited which people, while Keiko and other Japanese helped them select obi that matched the kimono and shared some tips on wearing kimono. This was one of several such events organized since the end of last year by Kahori. At such events, she provides an opportunity for foreigners and Japanese alike to wear kimono, which she describes as a lubricant for international communication. “There are Japanese who are not interested in kimono and foreigners who are,” Kahori said. “If they try them on together, they become connected through kimono. Also, Japanese will be reminded about the good points of Japan, and foreigners will learn about them for the first time.” Her mother agreed. “The foreigners were really interested in kimono and they were keen to try them on,” she said of the May event. “Somehow kimono suit everybody, including foreigners.” The May event was the last one held before the shop was demolished. Sakaeya, which was established in 1959, has relocated and resumes operation several blocks away later this month. Kahori is set to succeed her mother as the shop owner next spring. But she only decided last autumn to take over the family business. “I used to think working in a kimono shop was boring,” she recalled. Keiko did not press her daughter or her two elder brothers to take over the shop, and was prepared to call it quits when she retired. After Kahori graduated from a university, she worked for a magazine publisher in Tokyo for six years. Last year, she quit her job and entered summer school–with classes given in English–at Oslo University. She has a friend who married a Norwegian, and was fascinated by the country when she visited the friend. One of the assignments in the class was to give a presentation on her home country. The shy Kahori came up with the idea of wearing kimono. After the presentation, she became something of a celebrity in the class. After the summer school ended, she traveled around Europe, taking her kimono with her everywhere she went. She sometimes wore it when she stayed with host families, and on other occasions let her friends wear it. “I appreciated their hospitality, and I thought showing off my kimono would be my way of demonstrating my gratitude. They were impressed, and I felt I’d done the right thing,” Kahori said. “I realized I could demonstrate Japanese culture despite my limited English. And I decided I would continue to do this when I returned to Japan.” Her attitude toward her family’s business also changed. “I thought I would miss the shop when it was gone,” she said. But she was mature enough not to let sentimentality get in the way of good business sense. When she returned to Japan, she attended a seminar for entrepreneurs and came to realize that her mother’s shop was run in an old-fashioned way–no Web site, no events, and a lack of consumer-friendliness. “I thought it would be worthwhile making changes, and that would be a reason for me to stay on,” she says. Even though Keiko still values traditional business practices, she knows times have changed. The kimono industry is continually shrinking as fewer and fewer people wear the traditional attire. In part, she blames the decline on the kimono industry’s strategy during the bubble economy era, and on classes that teach people how to put on kimono. Keiko said the industry encouraged makers to produce and sell expensive kimono during the bubble economy. Once the bubble burst, people regarded kimono as a luxury item that was out of their reach. As for kimono schools, she said, “They cram students with too much information.” Her daughter added: “I’ve taken lessons at a kimono school, but I didn’t like them very much. They teach you so many rules. There’s even a rule about how to put your arm into the sleeve. When I asked why I should do it that way, the instructor said that’s the rule. That was enough.” On the contrary, foreigners who come to the events at Sakaeya put on kimono any way they like. They are completely free from following any rules. “I heard a Japanese woman say she liked the casual way foreigners wore kimono. That made her realize that kimono were actually easy to wear,” she said. Kahori hopes that moment will come for more people, Japanese and foreigners alike. She said, “I’d like people to approach kimono in a more casual manner. You can decide whether you like it or not after you try it on.” (Jun. 18, 2006)Tokiko Oba / Daily Yomiuri Staff Writer http://kimono-sakaeya.com/topics/topics_0626/topics_zoom.html Daily Yomiuri circulation 40,045 byJapan Audit Bureau of Circulations, Newspaper Publishers Report, Half-year, July-Dec. ２００５ average HPhttp://info.yomiuri.co.jp/company/shimen/03e.htm デイリー読売 ６月18日約1ページ紹介されました。
Categories: Frontpagemedia 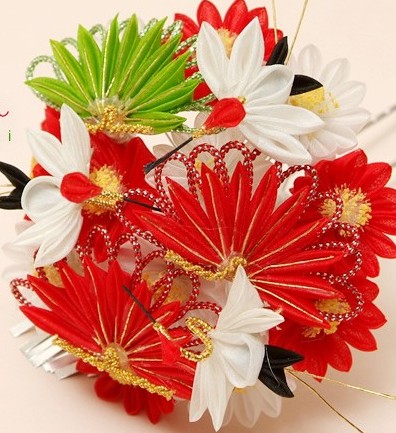 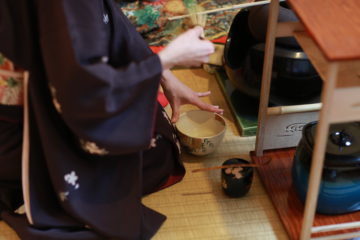 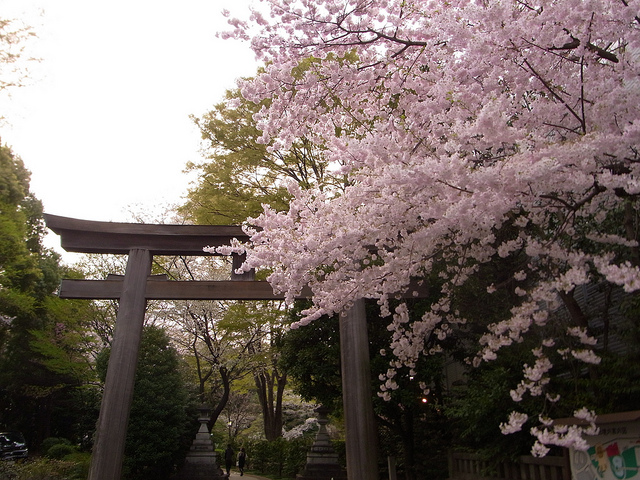